By DJs United GlobalMay 1, 2021No Comments 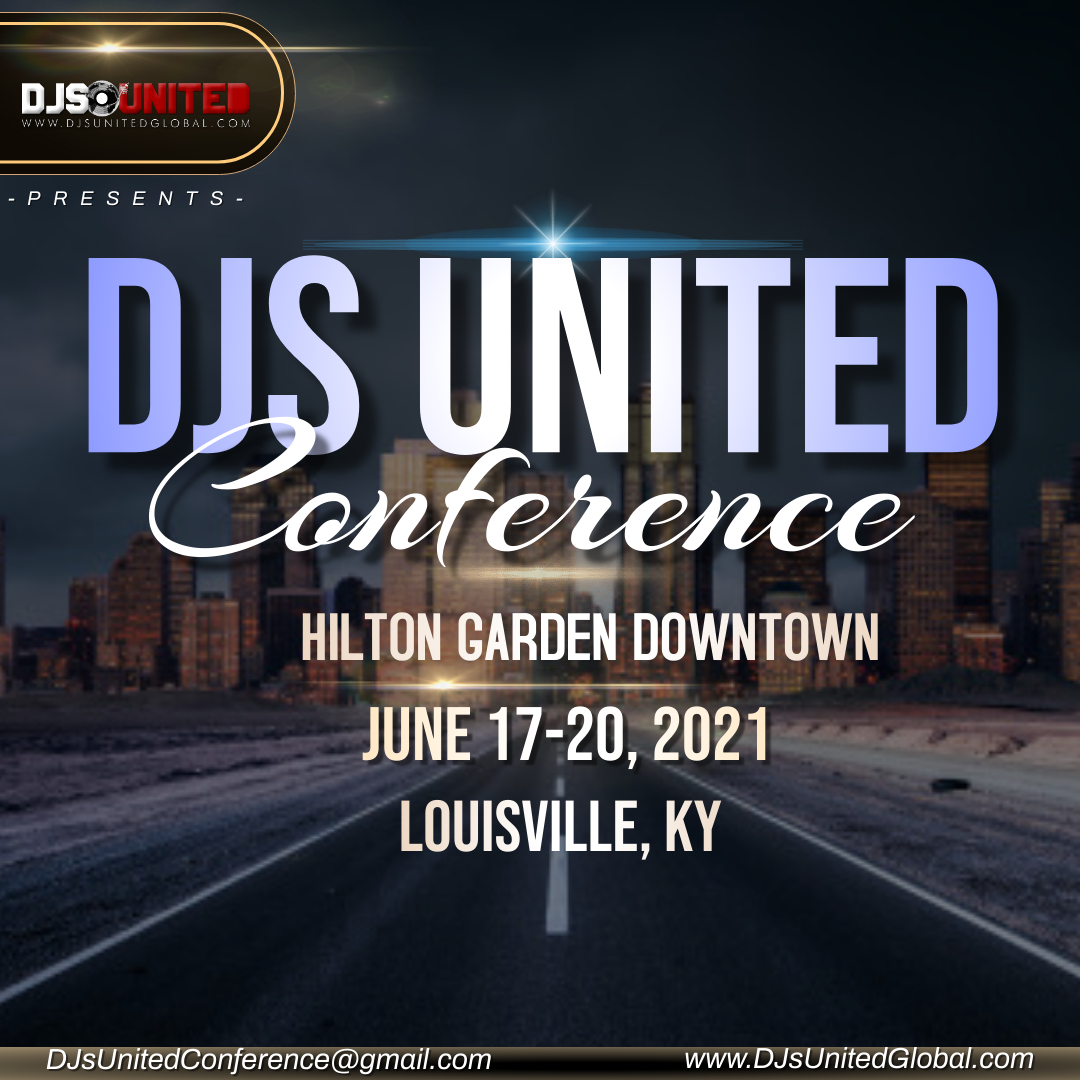 With the Industry becoming more “DIY” – (Do it Yourself) the concept of DJs United was formed with various DJ Coalitions and DJs in the Midwest region who were supporting the future of the record business.  2012 was the inaugural DJs United Conference, and the music industry welcomed it with open arms. The conference had over 300 participants who walked away with new found knowledge and contacts that are relevant in the business today. With over 18 DJ coalitions participating that represents 2000 DJs, DJs United is proud to be a part of breaking E-1’s artist “Driicky Graham’ who was responsible for the hit “Snapbacks and Tattoos” which attained a gold selling status in 2012.

In 2014 DJs United partnered with R&B/POP artist Ashanti and helped her single (via her own label) “I Got It” debut on 3 music charts. Be it internet, radio, club, mixtape or event DJ, every artist and professional MUST learn to support and build a quality and beneficial relationship with them, the DJ.

DJs United created an environment where artists, DJs and merchants can mingle, network and experience each other’s energies and talents to create outlets for all parties. So, going into the 4th year we felt like it was time to grow and expand the nature of the culture, brand and networking possibilities. Giving the conference a new identity, The Evolution Entertainment Conference was born, adding more opportunities for models, focusing on new technology. DJs United Global became a force over the next few years giving major opportunity to those aiming to maximize their exposure. Now coming back from a major pandemic, we felt we needed to bring it back the way we started, In the name of the DJs.

DJs United Conference is an effort headed up by Isaac “Lucky” Smith “The Promo King”, an independent industry veteran that has worked with many artists in the Midwest and around the country for the last twenty plus years.  Having some of the strongest marketing teams in Indianapolis and surrounding area, Jus Mi Luck Promotions created a brand of quality, business and successful execution of multi-scale marketing efforts.  “Lucky” has been involved with many conferences over the years and has found it important to bring knowledge and education to the independent artist and labels in his area.

Tasha Harrison, Shane Jones, Victor Richardson, and Tyrone Davis have over 40 years of experience in their respective fields. The team’s experience varies from marketing, graphic design, public relations, and promotions. All of who have a passion to educate the masses while building new networking bridges. They all have worked with some of the most well-known names in business.

I own the music producer panel

DJ Coalitions relevant or not

Discounts will be applied to parties of five or more.
DJs Free with proper verification till May 31st. DJs will receive a confirmation email regarding registration.
DJs who register after May 31st must pay a $75.00 registration fee.
Press and Media – All press and media must submit request to djsunitedconference@gmail.com.  Press and Media who are approved will be charged a $50.00 fee for the weekend after May 31st.
Rooms: $99.00 per night pls 17%
The Hotel Reservations Department may be contacted by calling 502-584-5175.