With the industry becoming more “DIY” (Do it Yourself), the concept of DJs United Global was formed by various DJ Coalitions and DJs in the Midwest region supporting the future of the industry as a whole.  2012 was the inaugural DJs United Conference and was received in the industry with open arms. The conference had over 300 participants who walked away with new found knowledge and contacts that are relative in the business today. With over 18 DJ coalitions participating that represents 1800 DJs, DJs United Global is proud to be a part of breaking E-1’s artist Driicky Graham record “Snapnack and Tattoos” that attained gold selling status in 2012. In 2013, we had several indies get a major deal and we introduced a new club tracking system for DJs that has become an industry standard. In 2014 we jumped behind Ashanti single, “I Got It”, featuring Rick Ross in support of the album Braveheart which opened at number ten on the U.S. Billboard 200, becoming Ashanti’s fifth consecutive top-ten album as well as her first independent albums chart topper.

Be it internet, radio, club, mixtape or event DJs, every artist and professional MUST learn to support and build a quality and beneficial  relationship with the DJ.  DJs United intends to create an environment where artists and DJs can mingle, network and experience each other’s energies and talents to create outlets for both the artist.

We send blasts out to over 6,000 DJs worldwide. We have over 30k contacts consisting of DJs, radio stations, blog shows + mixers.

We service DJs and radio stations with new music. We do Spotify playlists and DJ media packages.

We provide radio play on our online radio station as well as numerous online and terrestrial radio stations across the country.

Our marketing team can help boost your fan base and views on social media and get you seen in clubs and events.

Our youth committee will listen to your music and chart your records on a weekly basis.

We can provide video placement on our website as well as the websites of some of our affiliates to help boost your views.

We are your go to source and one-stop-shop to connecting artists with DJs and the community. We also help DJs get their market and media kits up to par and we have prices that keep the little guy in mind. We pride ourselves on making you the star you aim to be.

DJs United Radio is the 1st of its kind. The only station on the web that is powered by 15 coalitions from across the country. Give you a wide variety of music. From old school to new school to the regional independents. We provide you the best music out. We also are full length live mixes from some of your favorite and upcoming DJs. We also debut all the top records before they hit stores so you can know what you’re buying. We also have a wide variety of shows that keep you entertained. DJs united Radio is you one stop shop for your music needs. Our listenership is worldwide and very supportive.

DJs United Club Charts is the hottest new system out. Our charting system tracks club play just like the radio stations tracks BDS spins. If our DJs our playing you in the club then when will know. Our system is also monitored by the majors. It has been proven and tested through the Promo Only record service that has been in years serving DJs across the world. So once you in our system, Over 20,000 DJs across the world will have access to your music. Our DJs report on a weekly basis and our charts are built from that, so the hotter your record the higher you chart. With this system you can start your records in the club and have documentation to show radio that the streets and clubs are playing you. Men lie, women lie, numbers don’t, so make our top 50 and show the world you got next. 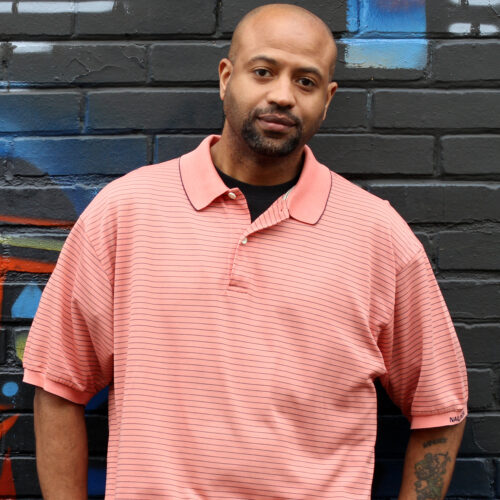 A twenty-seven year veteran, Isaac “Lucky” Smith also known as “The Promo King” has seen the entertainment and business world from every angle. Mr. Smith is a former artist, talent manager and TV Host. After a tour in the United States Army, he founded “Jus Promotions and Marketing” which focused on expanding the brands of other companies. This venture lead him to work with some of the industry's elite labels and brands, such as Rap-A-Lot Records, No Limit Records, Swisha House, Royal Blunts, B.E.T. and Ball Up Streetball, among others. Having some of the strongest marketing teams in the Midwest, Mr. Smith created a brand of quality business and successful execution of multi-scale marketing efforts. Mr. Smith has been involved with many conferences over the years and has found it important to bring knowledge and education to the independent professionals trying to succeed in their particular field.

Ever the entrepreneur at heart, Mr. Smith began working on a venture that would mesh seamlessly in the entertainment industry. Understanding that lack of knowledge is the downfall of a lot of entertainers, he brought the idea to another industry vet and they began laying the groundwork. Once the concept was developed they launched the first conference in 2012 as the "DJs United Conference". Three years later, Mr. Smith was ready to expand further and take things to the next level and switched the conference to the Evolution Entertainment Conference which covered everything from music to technology. Mr. Smith continues to run his marketing company under the new name of “Jus Mi Luck”, but has also started an online radio station (DJs United Radio), magazine (Twenty4seven Magazine), DJ servicing company (DJs United Global), and has filmed a reality show (Indy Belle), while he sits on chair as president for X Squad DJs and host on the EPOCH Radio show “Blurred Vison”. Mr. Smith believes the only thing you can’t accomplish is the thing you don’t put your mind to accomplish. 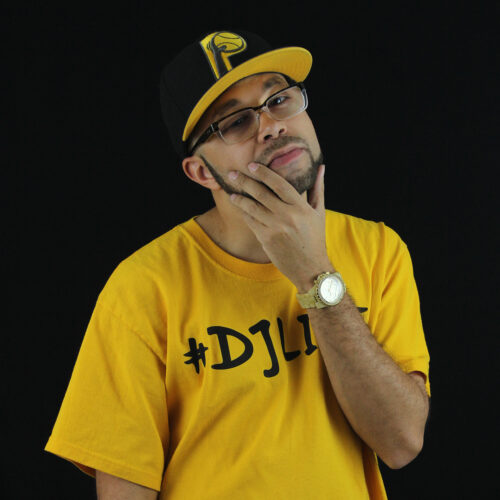 Born and raised in Indianapolis, IN, Jtorcher started DJing at the age of 13 during a family barbecue and spent the next 5 years experimenting and developing his craft using any type of equipment he could get his hands on. He eventually was able to purchase his own equipment consisting of 2 turntables and a mixer and would later meet DJ LP, a local DJ who he met at a skating rink while LP was spinning.

Asking DJ LP how to do the "tricks" he was doing on the turntables, LP would become his mentor giving him different tips that he would go home and try to duplicate on his own. LP also introduced him to a local promoter, Isaac "Lucky" Smith. Smith, an entrepreneur and known promoter for No Limit Records, Swisha House, Twista and more helped him launch his career and would become his business partner not too long after.

A 2011 recipient of the distinguished Midwest Legends Award was a result of all his hard work and networking with artists and entrepreneurs in the music business across the Midwest. He has been booked a little bit of everywhere from house and college parties, graduations, weddings, in clubs, at music conferences and networking events and even small concerts, becoming the resident DJ for two years at the DJs United Conference held in Indianapolis along with the conference's afterparties.

DJ Jtorcher mixes all genres of music including Top 40, Dance, EDM, Rap, R&B, Country, Reggae and Latin. Being well versed in his music selection and with a resume to back it up, the former Midwest Assassin has become international, DJing on various cruise ships that tour all over the world, including countries in the Caribbean, Bermuda, Hawaii, Australia, New Zealand and more.

DJ Jtorcher also releases mixtapes regularly, specializing in various R&B mixtape series that still sell out as physical CDs (Yes, CDs) in records stores today. Taking on the new moniker of R&B Mixtape King, DJ Jtorcher has no plans of slowing down any time soon stating, “I wake up every day with the plan on continuing to grow the legacy I’ve worked so hard to create.” 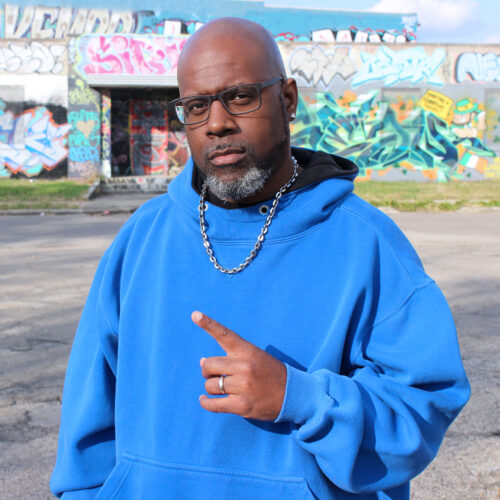 I knew I wanted to be a DJ at age 17, when I heard a DJ Melo Mix CD for the first time way back in 1995…I have had a love for music since I was a child. But to hear music blended together on a mixtape was amazing to me…My parents loved Earth Wind & Fire, Luther Vandross, Keith Sweat, Jeffery Osborne, etc…and my favorite was and is New Edition….at the same time I heard of Melo Mix, I learned about some of the other Naptown DJ’s at the time….DJ Paul Bunyon, DJ JF, DJ World, DJ Topspeed, DJ Goo, DJ Rusty, and DJ Tec…..I remember going to Rockin’ Billy’s music store, where I met DJ Rusty & DJ Tec in person…..DJ Tec became my favorite DJ because he made me 2 personal mixtape, which I still own today…

At the beginning of 2011, I decided I was gonna finally chase my dream….After a lot of going back and forth, I decided to go by the name DJ SIXX20, which has a lot of personal meaning to me….I would eventually begin to meet the people who I consider my mentors…..DJ Chris, DJ Cookieman, DJ JTorcher, DJ Skimask, DJ Infinity, DJ Slam Roc, DJ Stanun, DJ Johnny O, DJ Big O, & DJ Bizz…DJ Chris was the first to take me under his wing, and later introduced me to DJ Cookieman…..DJ Cookieman spent a lot of time with me as I started to grow, took me under his wing and instilled the confidence I needed to push forward, and made a place for me in his Crowd Control Ent family…I eventually got the opportunity to meet JTorcher, (Heatspinner DJs) DJ Slam Roc & DJ Stanun, (Str8 Slammin’ DJs) DJ Bizz, (Stackhouse DJs) and DJ Johnny O. (Nerve DJs)…..Im on Nerve DJs Radio everyday at 5PMEastern time, Heatspinner Radio, DJs United Radio, & Power 104.9 WTSX out of Kokomo, Indiana. It took me a long time to finally start to do what I always wanted to do…and as long as I remember who paved the way and who has guided me to this point, the sky is the limit…

Thanks to the DJs United Conference! Great Work! Chicago took it over!

The DJs United Conference was dope! A great opportunity for artists to learn the real deal!

The best music conference in the last 10 years!